Our 10th annual Rubber Ducky Race took place on October 17th and despite a few twists and turns, was a success!

The Hanson Park Conservancy wishes to express heartfelt thanks to everyone who helped make the race possible, including (and in no particular order): 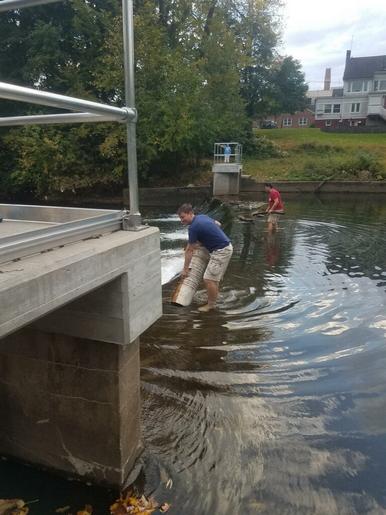 About our annual Rubber Ducky Race!​

Hanson Park Conservancy, founded in 2004, has been holding the Duck Race since 2010. The event typically draws a crowd of over 400 people to cheer on the 1,500 numbered rubber ducks as they race over the water falls at Sperry Park. Prizes (generously donated by merchants) are given out to the first 10 ducks to cross the finish line. All rubber ducks are collected at the end of the race and reused the following year.

Our 2018 Rubber Ducky Race was featured on Cake Boss!